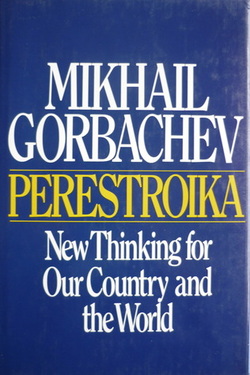 Gorbachev published a book on changing the ways of the government in the USSR, and this was known as Perestroika. He continued this ideal of openness in his movement called Glasnost. Glasnost was a movement where people would be taught what actually happened during the war.